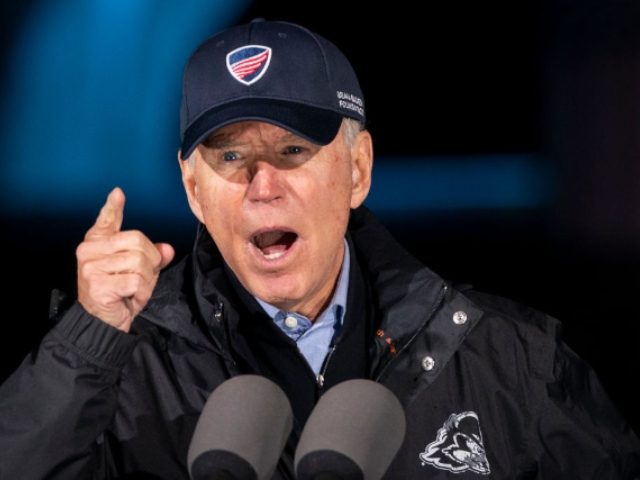 Joe Biden tried to brandish his eastern Pennsylvania credentials on Sunday and botched it when he misstated the team on his jacket.

Speaking in Philadelphia, Biden said, “I was very happy to have the moniker of being Pennsylvania’s third senator. I married a Philly girl, by the way.”

Then he looked down at his chest and added, “And I’ve got my Eagles jacket on.”

Then he looked down at his chest and added, “And I’ve got my Eagles jacket on.”

Biden was wearing a University of Delaware Blue Hens coat, as evidenced by the school’s logo:

Associated Press White House reporter Jonathan Lemire questioned whether it was an Eagles jacket, but did not go so far as to fact check Biden’s claim:

At a later stop, Biden introduced his granddaughter, Finnigan Biden:

“And I am Finnigan Biden’s grandmom,” he told a group at a “surprise” campaign stop in the same city.

“That’s her grandmom,” he corrected, referring to Jill Biden, “and I’m her grandpop.”