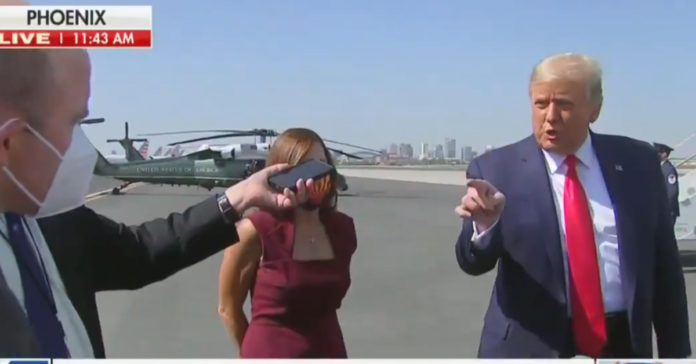 President Donald Trump ripped the media to their faces today while holding a short tarmac press briefing where he took a few questions before his campaign rally in Arizona.

A reporter asked. “Would you do a test before the debate? And will you authorize your doctors to tell us when you negatively tested last?

“I would have no problem with it,” Trump said.

Reuters correspondent Jeff Mason asked about Hunter Biden and why Trump’s “campaign strategy seems to be to call Biden a criminal.”

“He’s been a criminal for a long time,” Trump said.

“And you’re a criminal – and the media – for not reporting it,” Trump added.

“He got caught, read his laptop,” Trump said of Biden’s son, Hunter Biden.

Alyssa Milano “Do not believe the polls! Volunteer as if Biden was down by 10 points” – Conservative Media

“Stick to your guns, I’m voting for Donald Trump because he’s not a politician” – Conservative Media