Now that Democrats think Joe Biden won the election, even though no recount has been complete nor the legal challenges exhausted, people like Ocasio-Cortez are letting the mask drop a bit and telling us what we have to look forward too in the near future.

AOC has made very clear she wants to make a list of Trump supporters so they can be punished for their support and their misdeeds.

They say a picture can be worth a thousand words so here is what Democrats like AOC have in store for us this Christmas brutally summed up by a single cartoon: 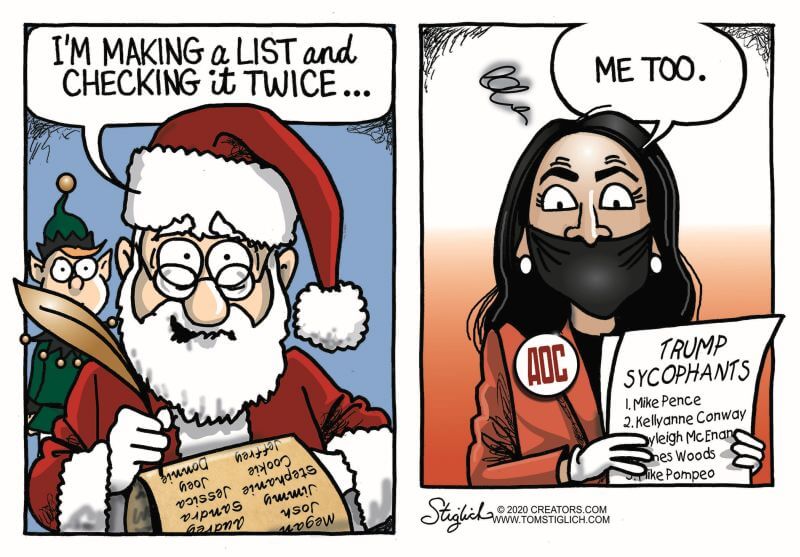 Democrats like Alexandria Ocasio-Cortez want to make a list of Trump supporters so they can exact retribution for our sins.

That is truly dangerous and completely un-American.

She has really flipped her lid this time. Rep. Alexandria Ocasio-Cortez, part of the charming “Squad” which now appears to be more like the mob is taking names and numbers.

In a tweet this afternoon AOC asked, “Is anyone archiving these Trump sycophants for when they try to downplay or deny their complicity in the future? I foresee decent probability of many deleted Tweets, writings, photos in the future.”

She went on to say “Lol at the “party of personal responsibility” being upset at the idea of being responsible for their behavior over last four years.”

Is anyone archiving these Trump sycophants for when they try to downplay or deny their complicity in the future? I foresee decent probability of many deleted Tweets, writings, photos in the future

While one might brush it off as nonsense I think she is projecting her innermost desires and apparently there are other prepared to jump right in with her.

Emily Abrams, a former staffer for Dem presidential candidate Pete Buttigieg, took immediate action by launching the Trump Accountability Project. According to Abrams, the objective of the project is “to make sure anyone who took a paycheck to help Trump undermine America is held responsible for what they did.”

We’re launching the Trump Accountability Project to make sure anyone who took a paycheck to help Trump undermine America is held responsible for what they did.

Join us and help spread the word.https://t.co/wtVxGIlYOK

Just what is the Trump Accountability Project? According to the website:

We must never forget those who furthered the Trump agenda.

We should welcome in our fellow Americans with whom we differ politically.

But those who took a paycheck from the Trump Administration should not profit from their efforts to tear our democracy apart. The world should never forget those who, when faced with a decision, chose to put their money, their time, and their reputations behind separating children from their families, encouraging racism and anti-Semitism, and negligently causing the unnecessary loss of life and economic devastation from our country’s failed response to the COVID-19 pandemic.

Those who elected him: Individuals who worked for the Trump for President campaign, Republican National Committee, and affiliated PACs in 2016 or 2020.

Those who staffed his government: Individuals who worked in any role as a political appointee in the Trump Administration.

Those who funded him: Individuals who used their massive personal wealth and influence to bundle money for Trump.

Why not add anyone who voted for him in either election?

Apparently AOC, an elected member of the U.S. House Representatives with the role of serving the people, and her buddy are looking to target 70+ million Americans who voted for Trump for some type of retribution.

It is dangerous, deranged and goes against any freedom set forth by the Constitution they swore to uphold! Disgusting! 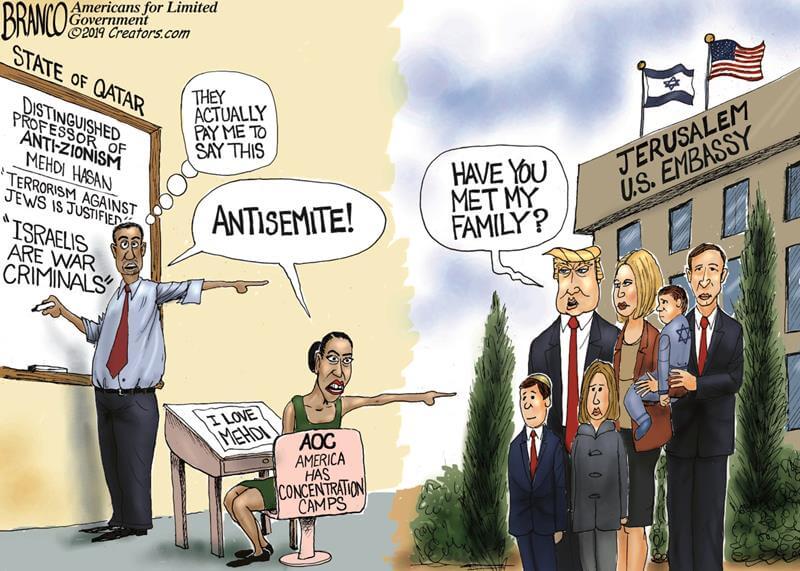 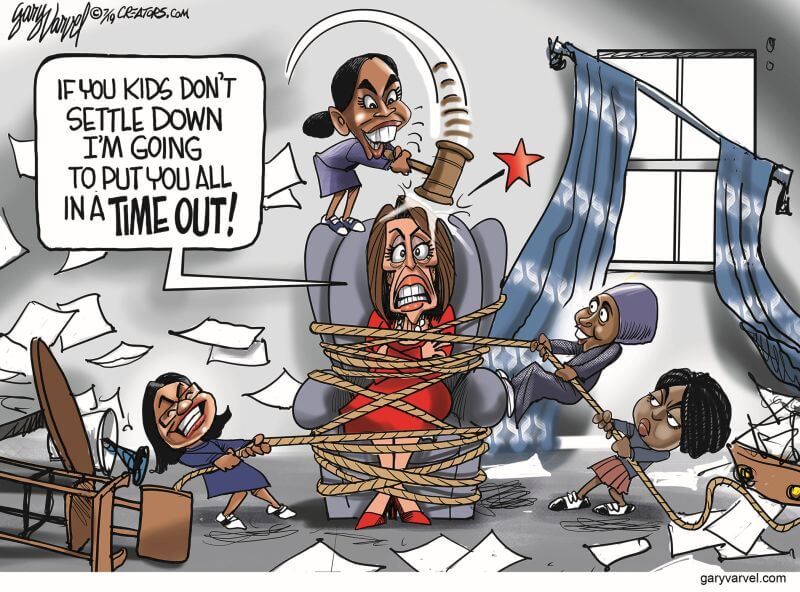 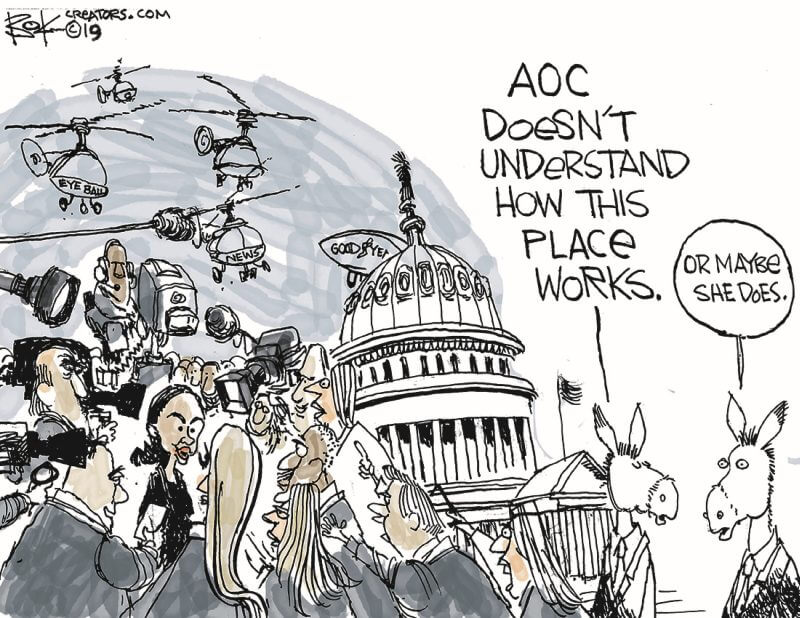 After the Minneapolis City Council Caused a Major Crime Wave, They Just Approved $500,000 to Fund Outside Police